Hannah Smith or when Content is not for weak minds

You maybe don't know it, but many of the campaigns you always cite has been created and directed by Hannah Smith, who will talk at The Inbounder London on May 2nd. Here I asked her few questions about Content Campaigns, and from the answers she gave me you can be sure that Hannah is someone able to deliver always. 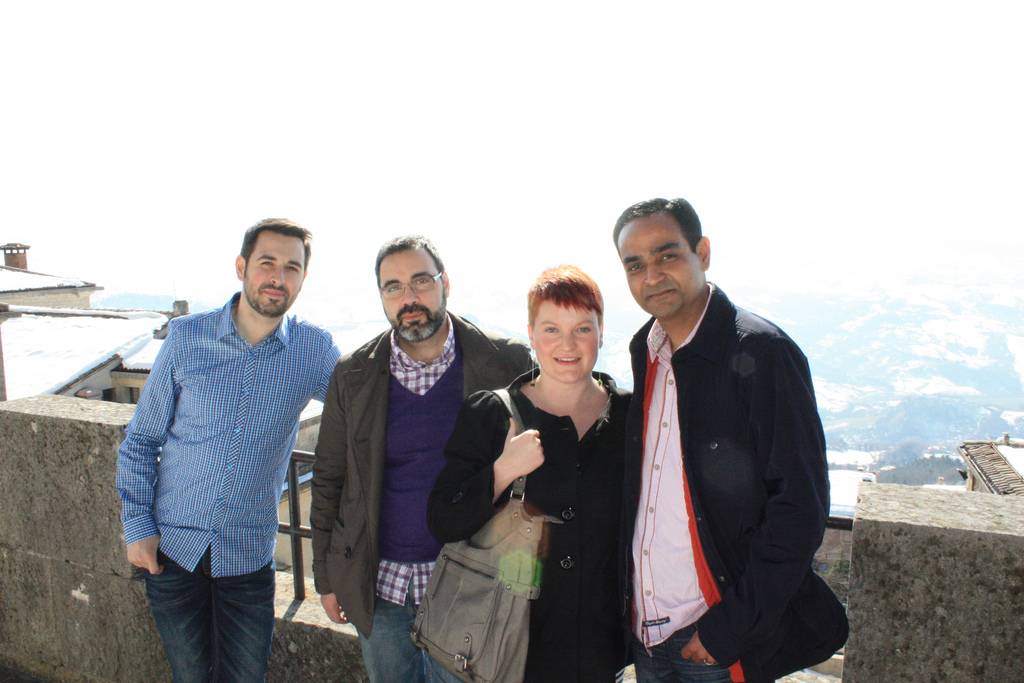 This photo above is very dear to my heart.

Geraldine everywhereist DeRuiter shot it in March 2011 in San Marino during a conference.

During that conference not only started what it is right now a solid friendship with Rand Fishkin and Geraldine, his wife, but it was also when I knew Avinash Kaushik, with whom I shared great moments in other conferences since that first time, and the protagonist of this post: Hanna Smith.

Hannah Smith, if you are one of the few not knowing her, is the Head of Creative of Verve Search, and creativiness surely is a natural skill Hannah owns, as the many content campaign she led since many years already can confirm.

Hannah will talk about her personal "love story" with Content, her heataches, happy accidents, highs, and the things she has learned about "being more creative" along the way.

A talk, I am sure, that will give us ideas and guidance about creativiness, apart offering to all us some of magic the witty spirit of Hannah generously gifts everybody with.

I think that SEOs always had a sort of a complicated relationship with Content:

If you should define the relationship between SEO and Content, what would it be this definition, and what would you say that are the biggest advantages Content Marketing may bring to SEO and the biggest mistakes SEOs can do with Content?

If you accept that SEO encompasses any activity which is intended to improve the quality and volume of organic web traffic to a site; then I'd argue that content is likely to form at least part of any SEO activity.

What form this content takes depends on your objectives - for example content created to attract links may well look different to content you create to rank for specific search queries, but both types of content (and indeed many other types of content) could be considered to either be SEO, or part of a broader set of SEO activities.

As such I think the relationship between SEO and Content is symbiotic:

SEO needs content in that without content, frankly, you don't have a website and without a website what on earth are you trying to improve search visibility for? Conversely, content needs SEO - because what's the point of creating something which no one can find? If people can't find it does it even exist?

Ok. Now we're on to part two. The advantages of content marketing, and the mistakes SEOs make...

To answer that we need a definition of content marketing; the Content Marketing Institute define it as follows:

Content marketing is a strategic approach focused on creating and distributing valuable, relevant and consistent content to attract and retain a clearly-defined audience - and, ultimately, to drive profitable customer action.

Content marketing isn't a term I'm a massive fan of; I'd sooner we just call it marketing, but let's park that for the time being.

For the most part, over the years, the content I've been responsible for creating on behalf of clients has been content for links and/or social shares, so for now, I'll limit my answer to encompass just that sort of content.

It's easy to determine that you've made a mistake or 'done it wrong', when the content you've created to get links or social shares doesn't get much in the way of either. But what went wrong? Could be any number of things, but ultimately I think it comes down to this: people link to your stuff or share your stuff only if it resonates with them and if it makes them feel something.

Now of course content marketing (or indeed marketing) is a much bigger topic than content designed to attract links and shares, so a failure to make people feel something is not the only way SEOs (or anyone else for that matter) 'fails'; but let's go back to the original definition (emphasis is mine):

Content marketing is a strategic approach focused on creating and distributing valuable, relevant and consistent content to attract and retain a clearly-defined audience - and, ultimately, to drive profitable customer action.

If you buy into this content marketing thing, then your aim is to create and distribute valuable, relevant (and consistent) content for a clearly-defined audience. In order to do that you need a decent understanding of your (clearly-defined) audience.

If you fail to understand them you'll also fail to create valuable, relevant content. Which isn't really that different to failing to make those people feel something and therefore your content failing to elicit the links and shares you were hoping for.

That's a really long-winded way of saying things might go awry if we fail to understand the people we're seeking to attract. Apparently I'm incapable of penning a 'somewhat' brief answer. I'm sorry. 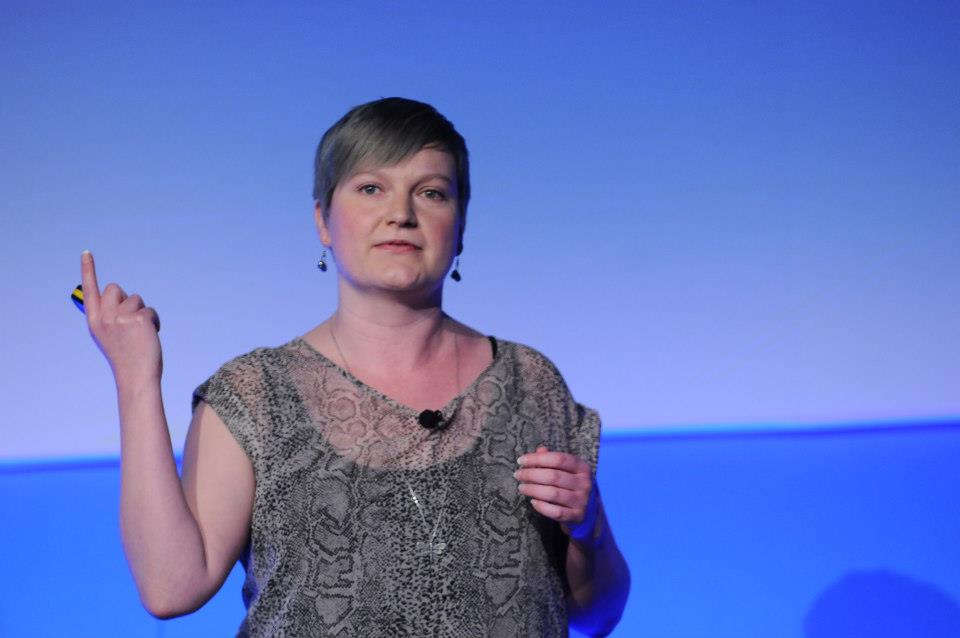 In her speech for The Inbounder London, Kirsty Hulse will talk about one of the biggest complaints people have regarding campaigns: how hard it is to make them scalable.

Is this one of the major impediments to get more SEOs embracing a creative approach and less "mechanical" to content campaigns and to have business companies relying on SEO agencies for this same kind of campaigns?

If it is so, what would you suggest as essential starting point for making your campaign strategy scalable?

When people start talking about scalability with regard to link building my right eye starts to tick :)

The truth is, that for the most part, our best performing content (in terms of links) won't necessarily scale.

For example, last year we created a piece called Directors' Cut for Gocompare. It explored which films had the highest on-screen death counts and according to Majestic the piece has links from 467 domains.

As pieces of content go, it's done incredibly well in terms of scale in that it's achieved an awful lot in terms of links and coverage; however, the piece itself isn't really scalable - it's a one-off. We can't create ten of them.

Now of course, in the future, we may be able to revisit and update the piece, but I'd suggest it's really only worth doing if a bunch of films come out with higher death counts than Guardians of the Galaxy (the film that's currently in the top spot).

Now of course that's not to say that scaling isn't important. One piece of content (even if it's a very successful piece of content) is rarely enough to shift rankings by itself in competitive markets. What causes the shift in rankings (in my experience at least), is consistently creating new pieces of content which attract links and coverage.

So you still need to be able to manage scale, but scaling doesn't have to mean doing the same thing over and over again (incidentally, when I created a series of content pieces in the past, I actually found that results diminished over time - so even things which might look like they scale, may not actually scale forever).

Rather than trying to do the same thing over and over I think if you want to scale (and by scale I mean consistently create content which attracts links and coverage) you need variety. You need to remain open to new ideas and new formats. I think that's the key to creating content which performs.

Finally, I would like to know what was the content campaign that most recently surprised you positively, why and, more importantly, what do you think has been the secret of its success and that you have "brought home" to be able to apply in the campaigns that you yourself created?

Not a campaign, but this man is my hero. 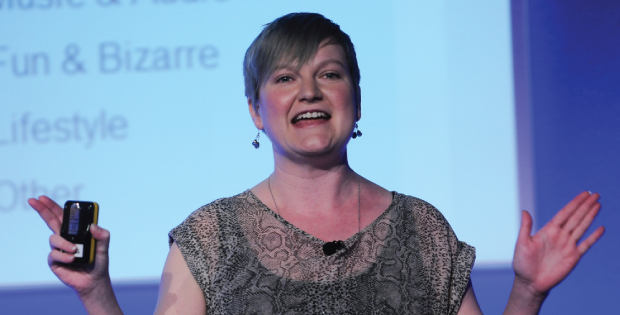 Finally, tell me in 140 characters why people should come to The Inbounder London on May 2nd

What is your favourite word?

What is your least favourite word?

What turns you on?

What turns you off?

What sound do you love?

What sound do you hate?

What is your favourite curse word?

What profession other than yours would you like to attempt?

I've often considered running away and joining the circus.

The Inbounder World Tour London will reunite on May 2nd with 10 of the most brilliant experts in SEO, Content and Social Media Marketing and Web Analytics.

So do not hesitate, click the banner here below and go buying your ticket.